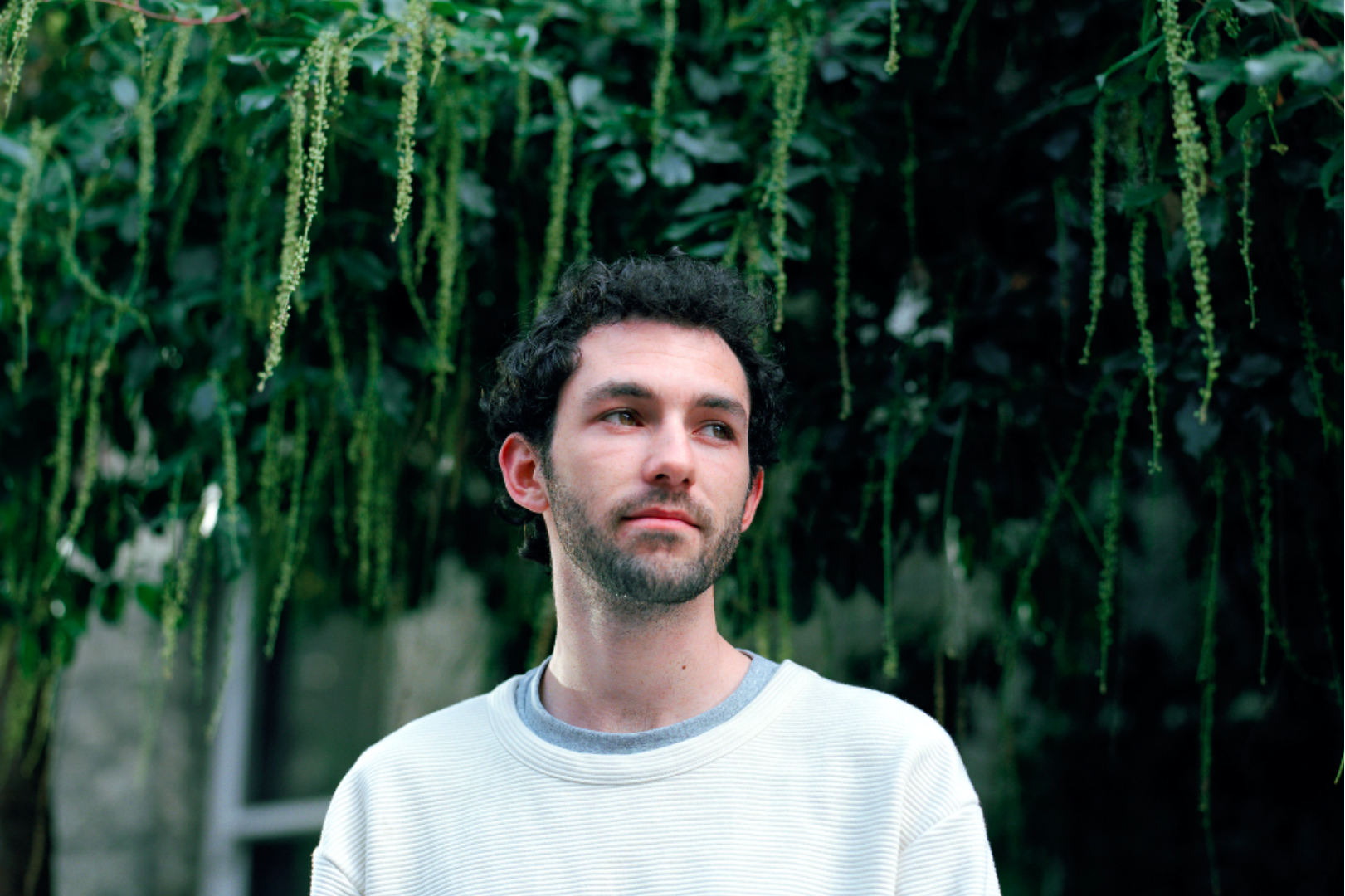 With a dizzying tour schedule that has shown no sign of letting up in over five years, and his own productions spinning around the platters of high elders and sparky upstarts alike, Shake lives up to his billing. His strongest suit is on show as soon as he steps into a situation: he embodies the innate love of dancing you need to cut it at this level, knowing exactly what it feels like to be on the other side of the booth, hanging off every record the DJ cues up and responding with glee. With an impish grin and at least one if not both arms outstretched, wiggling along with the groove, he is as much a mascot as man providing the music; he mirrors the vibe even while setting the pace. At a party, Dan Shake isn’t just loaded with peak time weapons – he is one.

Dan Shake (Daniel Rose-Weir to friends and family) started his story with a CD keenly thrust into the hand of a surprisingly reciprocal and un-moody Moodymann, who welcomed this bright-eyed kid from across the Atlantis into his Detroit family with a release on the fêted Mahogani Music. 3AM Jazz Club / Thinkin About U carved out some early notoriety as the record reached ubiquity on house dancefloors in 2014, spun by every DJ worth their salt and with an eyebrow-raising story worth repeating. Heads were turned, a scene was set. If you impress the masters straight out the gate, you must be doing something right, right? Right.

Rather than become an albatross around his neck, Shake made it into a springboard for his ambitions to work crowds the world over. As a producer, he has a knack for seizing the joy in the funk, disco and soul rarities of yore and placing those samples in a refreshed context: sending an electric jolt of 303 through it, perhaps, adding extra weight in the low-end or a dusting of filter as it swirls toward a climax. Even as releases piled up year on year – disco-accented, dubwise collaborations with Medlar; the first in a series of twitchy edits on the Shake Tapes white label; the Ibiza-conquering acid banger of “Claudia’s Trip” – Shake’s expertise as a DJ began to match his production chops. This was a necessary second side to what he offers, making a harmonious whole of what Dan Shake represents: an explosion of colour, variety and flavour, driven by a curiosity of how people move, why they move, and what makes them want to keep moving.

Trust in the DJ iteration of Shake quickly forged with promoters and festivals like Dimensions, Secretsundaze, Worldwide and Glastonbury, in particular becoming a fixture at hedonist paradise Block9 / NYC Downlow, as strong a vote of confidence as you can get from the most sweaty, clued-up, keen-for-rapture dancers on earth. In hock with the best DJs of the era, the Antals and Gilles Petersons and Josey Rebelles, Shake can cooly open up a warp tunnel between 1978 and 2018, between Brazilian samba and Dutch acid, between a heaving techno tunnel and a balmy Barca backstreet, with the sound of congas echoing from overhead balconies. Once he hits a peak of energy, he’s going to stay there and he’s going to keep you there for hours. It’s easy to picture him, jostling and jacking on a rotary mixer and delay pedal, eking the juice out of every record in the booth, just as he does in the studio.

This infectious charm and expert ear has resulted in a truly international list of shows in locations as far flung from home as Beirut, Seoul, Florence, Cluj, Rio de Janeiro, Melbourne, Malta, Hong Kong, Medellin, Buenos Aires, plus armfuls of Balearic visits. And yet what makes Shake an endearing fixture is his unpretentious way of approaching a tightly regimented industry. Student nights are welcomed with the same gusto as top billing at major events. Basements, lofts, tents, festival stages with the production dialled up to 11 – all are opportunities to let loose. The tempos have ticked up, the curveballs made curvier, more elements and instrumentation intermeshed, his range extended, but Shake’s love of connecting to the dancers in front of him has remained, well, unshakable. “My guiding motivation to do any of this is my crowd. I really love to work and drive them, hold the energy in a room and keep it surprised, excited and most of all happy. That’s what drives me the most out of anything,” he says. Amen.

Which goes to show why, as the 2020s loom, Dan Shake has never been more in demand. Each record arrives, carefully considered, primed for impact. Each DJ set, be it an all-nighter or a festival power hour, leaves audience of all stripes, sizes, ages and abilities grinning. A big break with a debut release when barely out of university is the kind of narrative that could have spiked his longevity, a fluke of circumstance and capturing lightning in a bottle. Yet one 12” does not make a career. He’s earned his keep by rocking up and rocking it, city by city, weekend by weekend. It all goes to show: a Shake is for life, not just for summer.