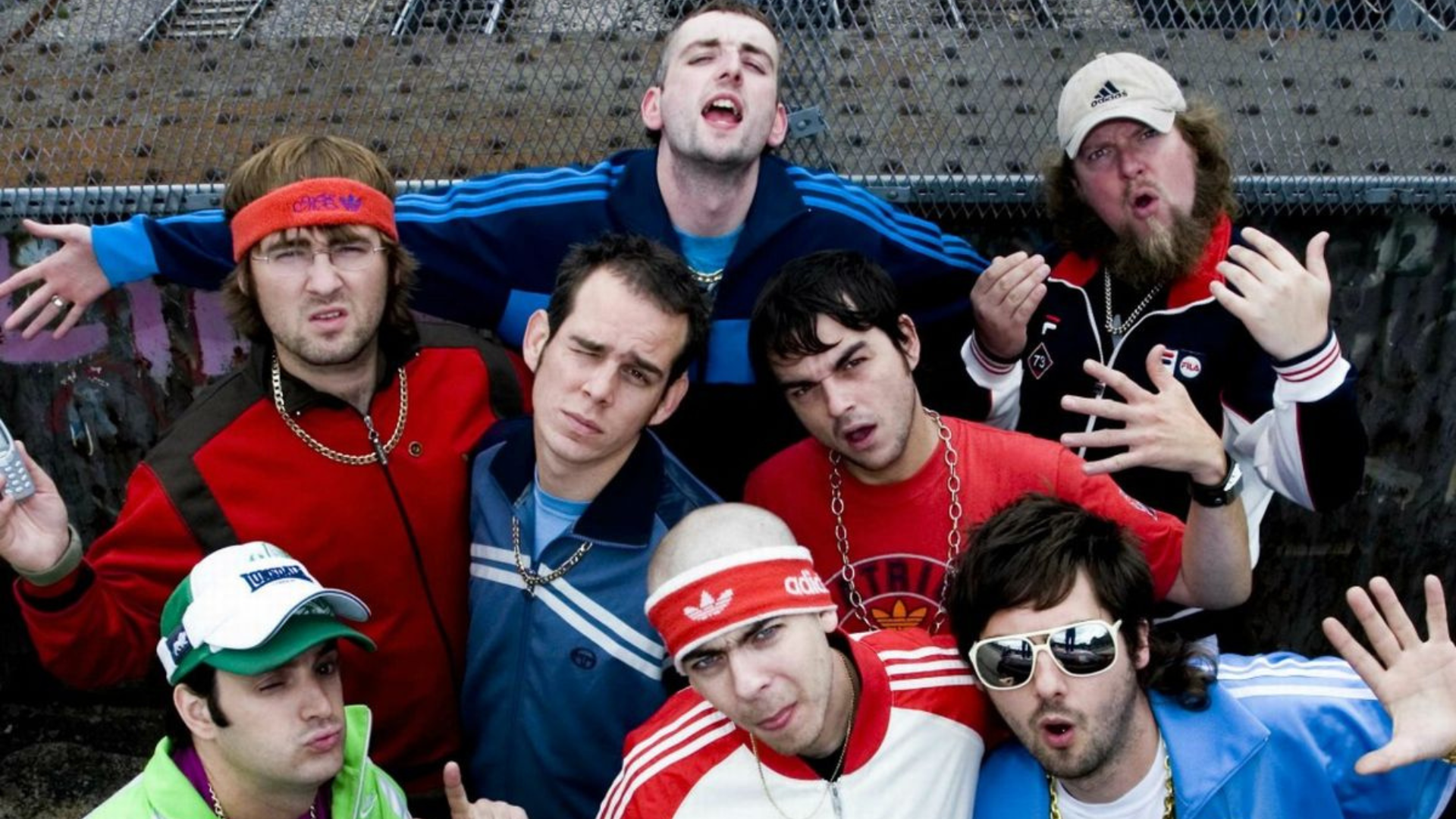 The group recorded six albums prior to securing a major record deal. They signed to East West Records, the home of rock band The Darkness. The band came to the attention of label executive Korda Marshall, who heard the group’s music played by members of The Darkness whilst on tour. GLC went on to support The Darkness in the latter stages of their UK tour. The group form part of an era known as Cool Cymru for the popularity of Welsh music and arts internationally in that period.

GLC’s first UK chart entry was “Half Man Half Machine”, which reached the Top 40 in the UK Singles Chart. When group member Rhys Hutchings was phoned by BBC chart presenter Wes on the Official Chart Show to be informed of this, Xain informed the rest of the band that they had reached number 1, much to the shock of the DJ. “Half Man Half Machine” was a surreal song about Eggsy believing he was a robot, dressing up in foil, and going to the shops to buy cigarettes and crisps. The song namechecks many well-known 1980s 8-bit computer systems including Binatone, ZX Spectrum, Commodore 64, ZX81 and BBC Micro.

Their first nationally released album was called Greatest Hits, the name a play on both the group’s previous lack of commercial success and their “stoner” image; it compiled a mixture of new material and selections from their previous six unofficial albums. It was released in September 2004, and debuted at number 5 in the UK Albums Chart. The album was released in May 2005 in the US with the title Straight Outta Newport, with cover art similar to N.W.A’s album Straight Outta Compton. However, this version of the album was missing two tracks – “Maggot” and “You Knows I Loves You”.

The band – informally known as “the Chain” or simply “the GLC” – released “You Knows I Loves You Baby”, a parody of 1980s love songs from the albums Greatest Hits and The Manifesto, on 13 December 2004; this reached number 22 in the UK chart. “Your Missus Is a Nutter” was the first single from second album Safe as Fuck. The album was originally going to be called “Safety in Numbers”, a tribute to the album Power in Numbers by alternative L.A. rap group Jurassic 5. The single reached No. 14 in the UK.