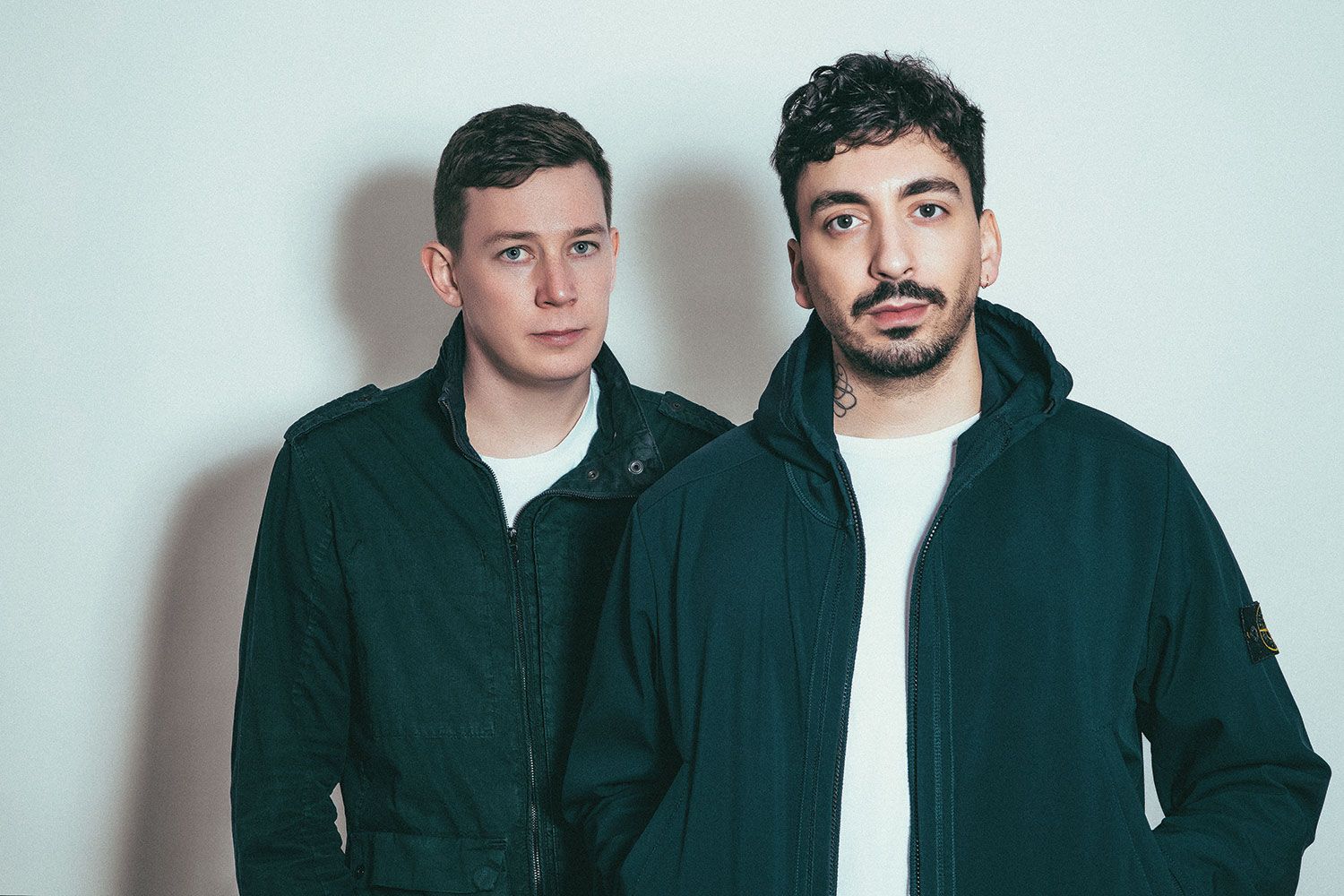 The duo, AKA Tommy Jackson and Jammo Irving, are renowned for their incendiary DJ sets, which join the dots between a myriad of genres to create an all out audio assault. Their deep musical knowledge, intuitive versatility and technical dexterity has led to bookings all over the world, delivering blistering sets on the big stage at festivals like Glastonbury, Outlook and South West Four, plus a long list of prestigious club spaces. Parallel to their exploits behind the decks, Tommy and Jammo are accomplished producers with an armoury of acclaimed releases under their belts, signing music to era-defining labels like MTA, Black Butter and Shogun Audio, while also drawing from their broad palette to produce remixes for several major labels. Now focused on their own label, Maraki, with the intention of showcasing music from relatively new and unknown artists, they’re intent on using their status to help others on their way up. Driven by a deep passion for their craft, My Nu Leng are contemporary trailblazers whose enthusiasm for performing, creating and discovering music is unrelenting…

Based in Bristol, a hub for UK electronic music, My Nu Leng broke through in 2012 with ‘The Grid’, a track that ignited the scene and announced their arrival as the UK’s new prodigal sons. Eight years on and they can lay claim to a legacy that includes an impressive list of accolades and achievements. Still firing on all cylinders, still enjoying life on the road and still flying the flag for rave culture.

As anyone who has experienced a My Nu Leng live performance will attest, it’s an experience you won’t forget. High-octane and full of energy, Tommy and Jammo inject the dance floor with sweat-inducing vibes. Breakbeats conspire with techno’s 4×4 rhythms while aggy rave stabs slice through ethereal pads and rampant basslines send shockwaves through the dance floor. Typically they will be joined by Dread MC, who complements their mixing style perfectly with his rapid-fire delivery. They hit the crowd from all angles, ducking and weaving through their selection, unpredictable and utterly irrepressible. Like the DJs they grew up listening to – Oneman, Ben UFO and so on – My Nu Leng don’t discriminate when it comes to the music they play. DJing gives them both the opportunity to create the kind of inspiring nights that they experienced themselves when they were young ravers. Their reputation has led to contributions to the most renowned mix series around including Radio 1’s Essential Mix and the inimitable Fabriclive compilation.

Though they’ve been on the road for almost a decade, Tommy and Jammo still relish the chance to get up on stage and have a party with the ravers in front of them. Their high work ethic never wanes, and they’ve performed at some of the world’s best-known clubs including fabric and Printworks (London), Amnesia (Ibiza), Motion (Bristol), Warehouse Project (Manchester), Avalon (Los Angeles) and festivals Boomtown, Hideout, Outlook, Glastonbury, Snowbombing, Annie Mac’s Lost & Found, traveling to Australia and New Zealand to perform at Lost Paradise, Electric Gardens and Origin plus many more. On top of their consistently packed tour schedule, Tommy and Jammo also curate their own My Nu Leng & M8s parties, which have been running for a few years now. In keeping with their eclectic outlook, the events bring in an assortment of established and lesser-known acts.

Production-wise their latest release, the Alter EP, represents a succinct distillation of what they’re all about. Across five cuts the duo demonstrate their ability to traverse different styles with panache. From the gnarly opener ‘Spaced’, which samples legendary drum’n’bass MC GQ, to the austere, melancholy vibe on ‘City Lights’ and the ethereal, heartrending closer ‘Signal’, My Nu Leng showcase their many different faces with poise. The EP follows ‘Junction’ in 2018 and their four-tracker ‘Portal’ on Shogun Audio in 2017. Adopting a patient, considered approach to their music, Tommy and Jammo stagger their releases, taking time to ensure each one is special. Alongside the EPs, they have been hired to produce a variety of remixes for acts like Rudimental, Klaxons, Clean Bandit, Wilkinson, Zed Bias, Foreign Beggars, Emalkay and more. With a view to the future, there are plans to focus on releasing a variety of music on labels that they respect, while retaining their own label as a base for experimentation. In 2017 the duo combined their creative know-how with close friend Friction (AKA FineArt) to launch Maraki. This was a crucial milestone in their career, providing a platform for them to express themselves without constraint. Now three years deep the duo have been fervent in their support of up and coming talent, capitalising on their notoriety to introduce new acts.

2021 will mark the 10th anniversary of their first release, which they will celebrate in style with plans for an album to mark the milestone, plus an accompanying tour. In that momentous decade My Nu Leng have become part of the UK rave establishment, key protagonists in an era that saw a new generation come through and join their elders as guardians of the scene.

Connecting with their idols, growing a dedicated fanbase and giving newcomers a leg up, it’s come full circle for the duo and they’re soaking up every second with gratitude and the same level of passion that set them on this path over 10 years ago…