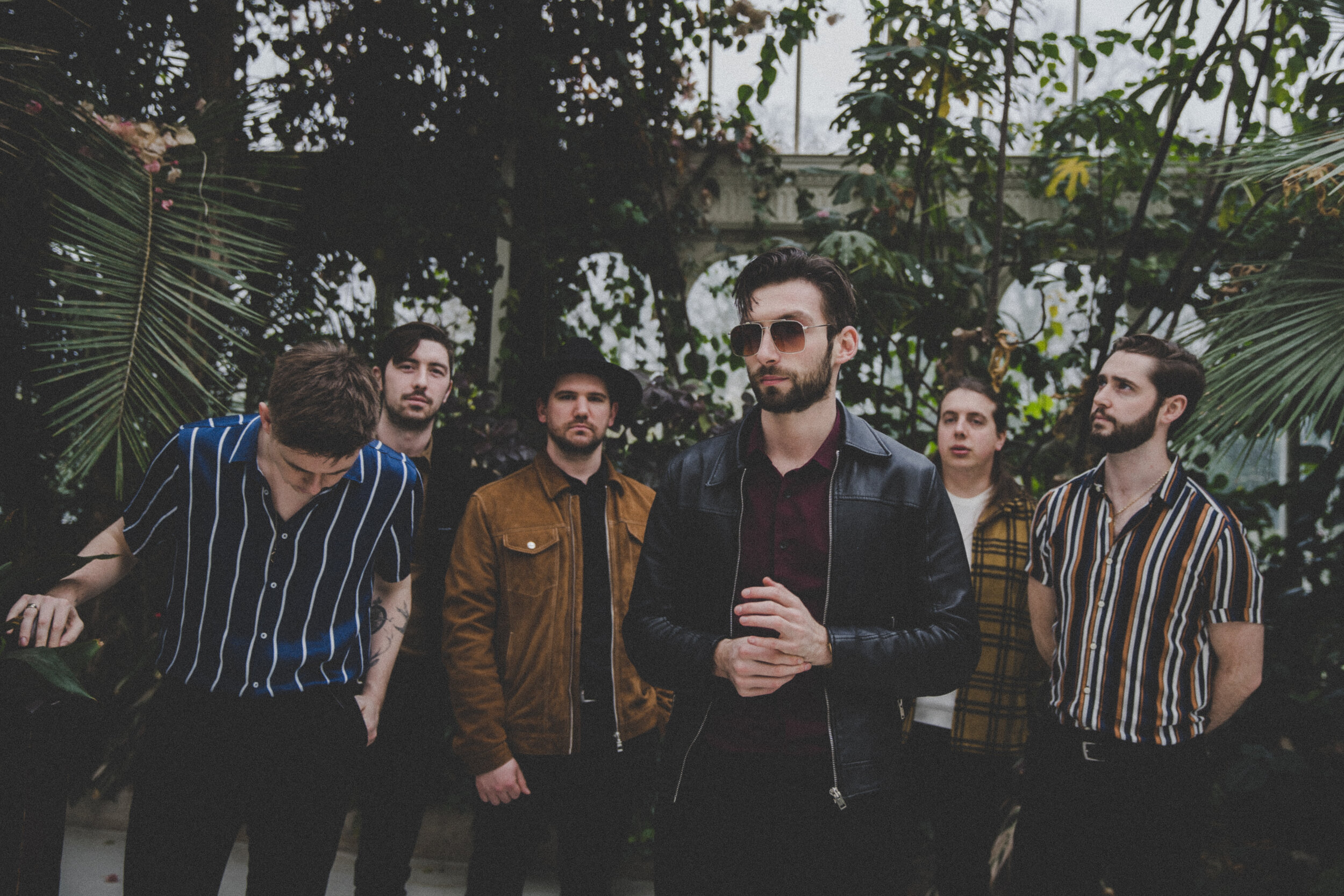 All six members originally played in separate bands before forming in 2016 with Fran Doran (lead vocals, guitar), Tom Williams (guitar, backing vocals), Michael McDermott (guitar, backing vocals), Simon Hepworth (bass), Neil Lawson (drums), and Joe Corby (trumpet). The first time they entered the rehearsal space, many of them had not met before, although they bonded musically from the get go, aided by their extracurricular activities, including weekly boxing sessions together. Their debut single, “Alone Together,” arrived several months later, but it was a full three years before they had written and recorded their debut album, 2019’s Matador, which saw release through Modern Sky. Their sophomore LP, The Hollow of Humdrum, arrived the following October, employing a wider palette to add to the group’s retro-centric style. When How to Steal the World appeared in 2021, it cemented their reputation as an act focused on creating moments of pure pop, in the vein of Squeeze and the Zutons.