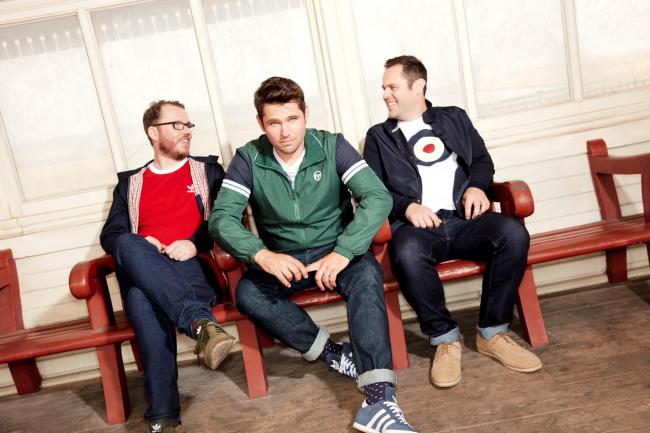 The whimsical indie pop group Scouting for Girls formed in 2005 in London, playfully modeling their name after the Boy Scout Handbook (Scouting for Boys), published in the early years of the 20th century. Members Greg Churchouse, Peter Ellard, and Roy Stride signed with Epic Records in early 2007 and released their first single, “It’s Not About You,” that June. Soon after, the trio’s self-titled debut reached the top slot on the U.K. album charts thanks to the popularity of such singles as “She’s So Lovely,” “Elvis Ain’t Dead,” and “Heartbeat.” Scouting for Girls returned to the studio in 2009 and the following year released their second album, Everybody Wants to Be on TV, on Epic. In 2012, they issued the single “Summertime in the City,” which heralded the release of their third studio album, The Light Between Us. The following year they compiled their Greatest Hits, which featured four U.K. Top Ten singles from the band’s three albums and included new material and single “Millionaire.” The trio embarked on a tour in conjunction with the compilation’s release, including a night at London’s Royal Albert Hall, and went on to play a host of summer festivals in 2014, alongside support slots with supergroup McBusted. Lead songwriter Roy Stride has also had success with song credits for hit acts such as One Direction, 5 Seconds of Summer, and Alexandra Burke. In 2015, Scouting for Girls returned with their fourth studio effort, Still Thinking About You, featuring the single “Life’s Too Short.” The group celebrated their tenth anniversary in 2017 with an exclusive show at London’s intimate Bush Hall. At the end of the year, they also put out the hits collection Ten Add Ten. The album featured ten tracks from their back catalog and ten newly recorded tracks to complement them. The resulting tour found the trio playing to their biggest crowds yet while touring behind the album, spurring them on to make their fifth studio album, 2019’s Trouble with Boys, which sought to recapture the energy of their debut.