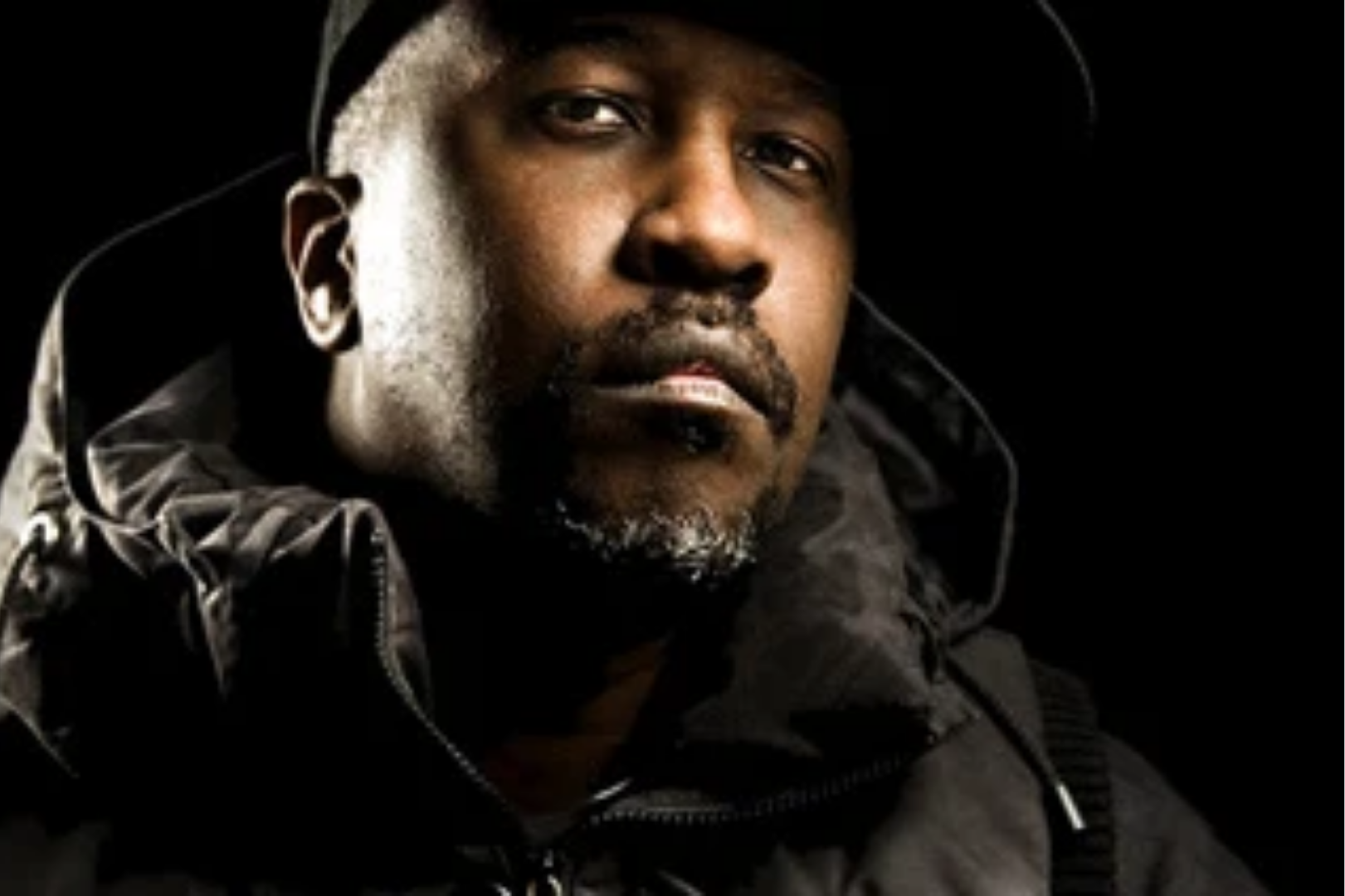 More than any other producer, Todd Terry defined New York house during the ’80s, a varied sampladelic smorgasbord blending the sounds of classic disco, the more introspective Chicago sound pioneered earlier in the decade, and plenty of hip-hop attitude and sampling piracy. This free-wheeling, breakbeat-driven sound became a major influence on U.K. rave and hardcore, and his collaborations with rappers, particularly the Jungle Brothers on 1988’s “I’ll House You,” popularized hip-house outside of Chicago. He topped U.S. club charts and scored U.K. pop hits with numerous singles as Royal House and the Todd Terry Project, then achieved his biggest mainstream success with his ubiquitous 1995 remix of Everything But the Girl’s “Missing.” He continued delivering high-profile remixes and scoring hits with garage house anthems like 1996’s “Keep on Jumpin'” and 1997’s “Something Goin’ On” (both featuring Martha Wash and Jocelyn Brown), then unexpectedly shifted from song-oriented material to dark drum’n’bass with his 1999 full-length Resolutions. He remained as productive as ever well into the 21st century, constantly releasing house tracks on numerous labels (including his own Sound Design, In House Records, and Freeze Records), and occasionally venturing into hip-hop and electro with releases like 2013’s Todd Terry vs. That Trap Shitt. His extensive list of singles during the 2020s has included collaborations with Kevin Saunderson, Robin S., House Gospel Choir, and others.

Born in Brooklyn, Terry began DJ’ing in the early ’80s while still a teenager, spinning hip-hop at school events and on the street with a team called the Scooby Doo Crew. He increasingly listened to Italian disco as well, and when the house sound of Chicago landed in the mid-’80s, Terry the DJ made an official switch to house music. In league with fellow New York DJ/producer/remixers Little Louie Vega and Kenny “Dope” Gonzalez, Terry borrowed the Masters at Work guise — which Vega and Gonzalez would later popularize — for one of his first big productions, the 1987 single “Alright Alright”; the single became a milestone on New York’s early house scene. The Jungle Brothers, another crew of hip-hop heads who were beginning to stray into house, hooked up with Terry and the collaboration resulted in “I’ll House You,” one of the earliest and most high-profile fusions of hip-hop and house (popularized several years later by C+C Music Factory and Snap!).

The added prestige transferred back to his own name for two wildly popular 1988 singles, “Weekend” and the Arthur Russell-sampling “Bango (To the Batmobile),” both released as the Todd Terry Project. Perhaps preferring the adoration of the faithful, Terry later resorted to dozens of aliases for dozens of club hits — Black Riot’s “A Day in the Life,” Gypsymen’s “Hear the Music,” Royal House’s “Can You Party,” CLS’ “Can You Feel It,” and Tech Nine’s “Slam Jam” are but a few. In addition to his wealth of released material, Terry remixed or collaborated with dozens of famous artists, including Björk, Janet Jackson, P.M. Dawn, Tina Turner, and Annie Lennox. The British house boom of the early ’90s provided Terry with many an overseas gig, including a high-profile residency at the London superclub Ministry of Sound. His proficiency on the decks became a minor sensation, causing several British journalists to describe him as “God.”

Terry moved into label entrepreneurship in 1991 when he formed Freeze Records with William Socolov. (Several of Terry’s early singles had appeared on Socolov’s Fresh and Sleeping Bag labels, also the home of rap acts like EPMD, Mantronix, and Nice & Smooth). Freeze became the obvious home for many of Terry’s productions, including releases by his Sax and Sound Design projects, as well as several volumes of his Unreleased Project EP series, which began in 1992 and ran through 1995.

A Day in the Life of Todd Terry
That same year, Terry’s remix of “Missing” by the erstwhile pop act Everything But the Girl became a worldwide smash, selling over three million copies and almost single-handedly reviving the duo’s flagging career for a sleek new dancefloor incarnation. The British label Hard Times released the DJ gig A Night in the Life of Todd Terry: Live at Hard Times in 1995, while Sound of Ministry issued the flipside of the coin, A Day in the Life of Todd Terry (an expanded repackaging of Unreleased Project Part 7). His next project, 1997’s Ready for a New Day, provided more song-oriented fare, though still implicitly dance, with guest vocalists including Martha Wash, Jocelyn Brown, Shannon, and Bernard Fowler. “Something Goin’ On,” “Keep On Jumpin,” and “It’s All Over Love” all topped the Billboard club charts, and became three of Terry’s biggest hits in the U.K. He made another artistic change-up, to LP-oriented drum’n’bass, with his 1999 album Resolutions, recorded for electronica stalwart Astralwerks.

The Todd Terry Trilogy: Past, Present & Future
Joining his previous Freeze Records, Terry founded additional labels such as In House Records, TT Records, and Sound Design. He continually issued singles in addition to mix CDs and career retrospectives including 2005’s The Todd Terry Trilogy: Past, Present & Future and 2007’s Strictly Todd Terry. His album releases during the early 2010s included genre-focused exercises such as Todd Terry vs. That Trap Shitt, Freestyle Forever, Todd Terry vs. Hip-Hop (Dramatical Volume 1), and This Is Acid House. Another major anthology, a volume of Defected’s House Masters series, arrived in 2016. Terry continued issuing original tracks and revamped older material at an astonishing rate, including collaborations with younger house and EDM artists like Leftwing : Kody and Oliver Nelson, as well as dance veterans including Louie Vega, Kevin Saunderson, Robin S., and Danny Rampling. He produced House Gospel Choir’s 2020 track “My Zulu,” and his output during 2021 included the Junior Sanchez collaboration “Live Forever” and solo singles like “Give It Up” and “To da Breakdown.”